Firstly this week, we would like to thank the Doyle Shipping Group who made a contribution to the club recently. It is timely and much appreciated as we have moved most of our teams to training facilities in Tralee where we can train under lights during the week but all this comes at a huge financial cost to the club.

Pride of place goes to the 17s this week after a superb victory away in Listowel last Saturday. The team has been busy on the training field over the past while trying to rectify perceived weaknesses especially in front of goals and it showed with scores from Eddie Stack, Liam Tobin, Cormac Lynch, Dara Heim(2) and Eoin Higgins. The zero at the other end of the pitch too was very satisfying for the team’s defence. Well done to all involved.

Our 15s suffered a defeat last week at home to Castleisland. It was an even game throughout and we can feel quite satisfied about our general play but we fell short in front of both goals. At times in defence our team didn’t give enough cover to our tacklers which left gaps and we were 2 down before the half despite playing well enough. We pushed up in the second half but didn’t create a huge number of chances. The game was decided with 10 to go when we got through on goal only to hit the ball at the keeper who immediately launched the ball into our half where we were outnumbered and they scored a third. On the plus side it was good to see we can compete at this level after being promoted last season.

Our Girls 14s team had a tough match last Saturday at home to a very good Kenmare team. We did very well for long periods in the game but when we didn’t have a good defensive shape we were punished. Our team can’t be faulted for effort but we do tend to switch off which is leaving gaps for the opposition. Keep it up girls and keep training. Better days ahead.

Well done to the U13s who recorded a 5-0 victory against a game Castleisland team. We were made to work for our scores and some excellent goalkeeping and defending by our opponents made it a more difficult game than the scoreline indicates. We were 2 up at half time through Aaron Harty and Cian McKenna. We had the wind against us in the second half and were worried that Castleisland would come back at us but Cian and Jayden Deady in the middle with Tomás Godley, Jack Nolan and Dominic Regan behind them we were solid and played our game from there. Aaron(2) and Cian added to our total to leave it 5-0 at the end. Well done to both teams for an entertaining game. 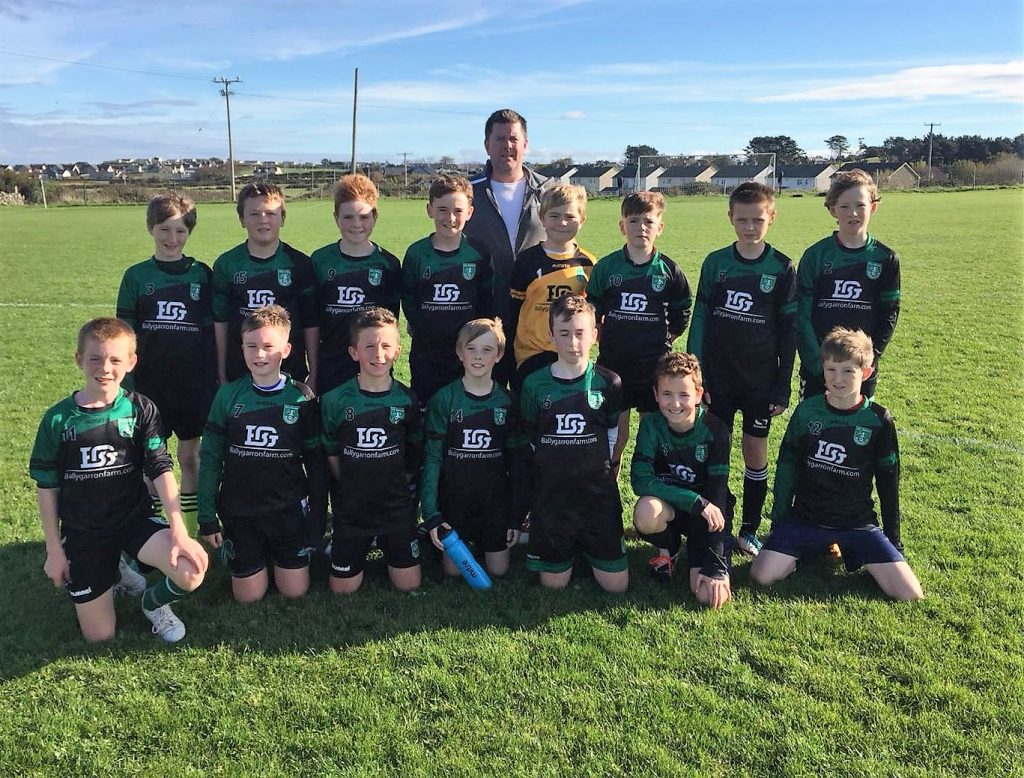 U13’s versus Castleisland B