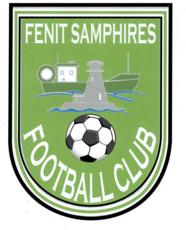 Our senior team lost at home in a league fixture last weekend to Killarney Athletic. We went 1 down early on when Athletic capitalised on a defensive error. We responded with a good goal of our own through Michael O’Gara and were playing well against a very strong wind. Then in the final 10 minutes of the half we inexplicably conceded 3 goals to leave it 4-1 at half time. The game looked over at this stage but our lads kept at it and with 15 minutes left on the clock Peter McCarthy hit as good a free kick as you will see into the top corner and 5 minutes later he scored another free with the help of a deflection and it was 4-3 with 10 to go. We continued to apply a considerable amount of pressure but Athletic held firm to keep their lead intact right to the whistle to win the match.

Fenit Samphires U16 beat Iveragh United 6-1 in the first round of the Tucker Kelly Cup. Led by captain of the day Gavin Burrows, we started the game very strongly and were 2-0 up in the first ten minutes. Dara Heim scored the opening goal followed by a stunning strike from Conor Lenihan. We continued well in the first half with Conor scoring his second to make the score 3-0. A few minutes before halftime Iveragh managed the get a goal and the first half ended 3-1 to Fenit. We started the second like the first, with Dara winning and scoring a penalty in the first few minutes of the half. Fenit continued to dominate large parts of the game with Tommy Burns and Brian Cassidy getting a goal each. The match ended 6-1, a fine result for the U16s to begin their cup run.

Our 14s had a somewhat fortuitous win over LB Rovers last Sat in the first match to be held in Fenit since before Christmas such was the bad weather. We didn’t play up to our usual standard with some sloppy passing and players losing their shape being 2 of the main things that let us down at times. Add to that the loss of our keeper Keith O’Mahony and Bobby O’Connor in midfield in the first 20 minutes and it was a tough match for us against game opponents. We conceded a penalty and an own goal in the first half but got back in it through a brace from Eddie McCarthy to make it 2 each at the half. We kept at it in the 2nd half and got our reward through Eddie again for his hat-trick but had to endure some tense moments in the last 10 minutes but held out with stand-in keeper David Dineen and Tony Smyth on the right being very solid for us. Well done on the victory to all involved.

U11s: Fenit played away Saturday the 24th to Listowel Celtic for a Premier North U11’s League match in what was a fine dry day in spring. Both sides started off quite defensive and were evenly matched. Some great passing by both sides but both defences were well up for the game. It was a fabulous strike from Jayden Deady that put Fenit ahead and we took this lead into half time. The 2nd half started the same with both sides still evenly matched. The defence was the highlight for both teams and it looked like we were going to see only one score until again Jayden got another spectacular goal for us. With two up Fenit looked comfortable winners until Listowel ditched their defensive  game and started to attack. Listowel got a goal back and now the game was turned on its head. Within another two minutes Listowel got another but was disallowed by the referee as the ball was deemed to be hit through the side netting. It was all Listowel at the end but Fenit held out for a great victory in what was a trilling match played in great spirit…. a draw might have been a fair result in this one but Fenit deserve this victory especially as we had lost a couple like this in our previous matches.

We fielded two teams away to Listowel last Saturday with both sets of mentors keen to make sure that everyone got a lot of minutes of gam time. In the 2nd match a strong Fenit team played very well to put Listowel under pressure from the start. A strong back line with Sony O’Brien in the centre held a clean sheet until the very end. Aaron Harty, Charlie and Jack Nolan made some great passes and setup some fantastic goals. Fenit won our 5-1 in the end (Scorers Aaron Harty 4, Charlie Nolan 1)

Note: Fenit Samphires would like extend our sympathies to the family of Aodhán Ó Conchúir who passed away last week and to the Camp soccer club with whom he played. He was a young player of note having represented his club and Kerry with distinction. Ar dheis Dé go raibh a anam.