We played Listowel B U12 team in a Div 1 match in Samphire Park last Saturday afternoon. It was a lovely afternoon for soccer and the first League Match of the season for both teams. Most of our players played earlier in the day with the 13s but we started the stronger and really put it up to Listowel from the very start and attacked at every opportunity. A few early goals from Jayden Deady and Aaron Harty settled us early and from this we launched many attacks. Midway in the first half Listowel started to get up to the tempo and both sides were playing flowing football. It must be noted that their goalkeeper was on top form and kept his side in it in the first half. Our defence kept a good shape led by Jack Nolan and Cian McKenna with our wingers Tom Quilter, and Charlie Nolan ran the pitch all day to keep the pressure on. Fenit led 4-0 at the half. 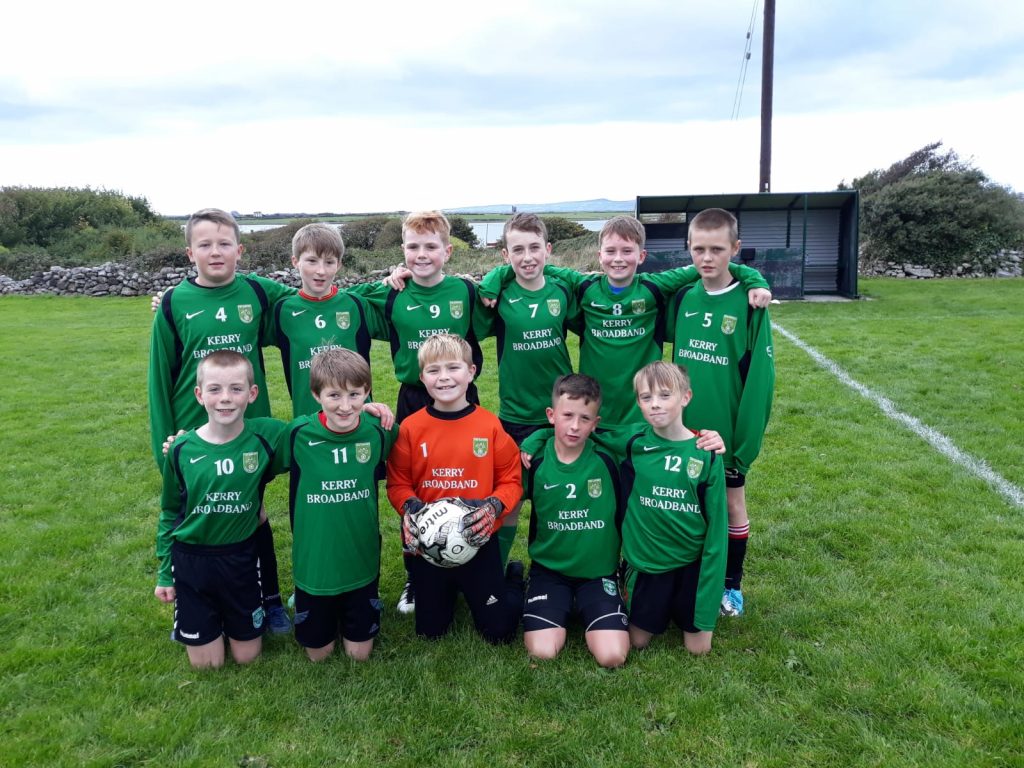 The 2nd half saw much of the same and Samphires showed their domination with another few goals, again with Aaron and Jayden providing. We made a few substitutes and this changed the game slightly. Listowel started to press our defence and eventually this paid off with Listowel getting on the score sheet. Within minutes Listowel got a free kick at the edge of the square and a fine free kick resulted in a 2nd goal for them. However normal service resumed with us getting another 2 goals through Tom and Cian both aided by Kealen. Final result Samphires 11 Listowel 2. A geat all round team performance.