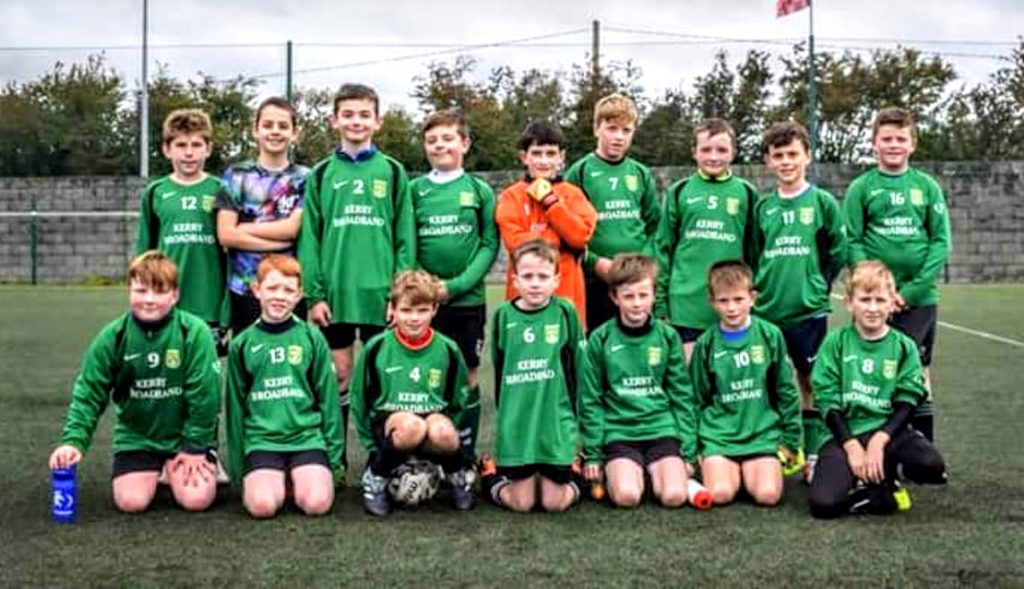 The U12B’s started their season with a defeat to a good St Brendan’s Park U12 team in St Brendan’s Park Tralee. Both teams started strongly and were evenly matched in the first 15 minutes. However the home team struck first with a spectacular goal from distance and doubled their advantage soon afterwards despite a great save from Jake Clifford who was outstanding in goals for us. The second saw Samphires push to get back in the match and we were unlucky to have a goal from Michael O’Sullivan ruled out for offside. Both sides had a number of chances in the second half but we could not get the goal we needed to put pressure on the home team. A good learning experience and good performances and effort from the entire squad.