Well done the Spa Fenit Barrow Community Games soccer teams who performed very well last weekend.  A big thanks too to their trainers who put the time into preparing the teams for the competitions. 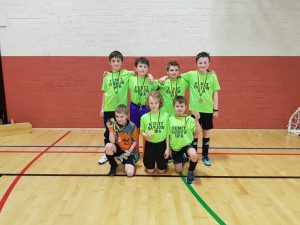 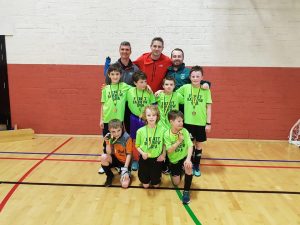 The U13 boys team were narrowly eliminated in the group stage. We played well but were caught too often by teams on the counterattack. 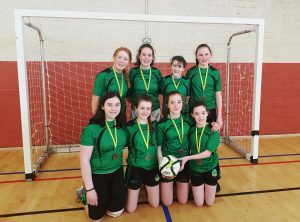 The U15 Girls team came an excellent 3rd place where in the semi final where we lost to eventual winners and defending champs Moyvane.

We played Listowel and Fossa in the group stage. We drew 1 all with Listowel and lost 4 to 2 to a strong Fossa side. We then had a tense playoff with Listowel which ended 1 all and went to penalties. Grace Stack was a hero in goal saving 4…with Clara O’Dowd stepping up to score the winning penalty.. We played Fossa in 3rd place playoff and what a performance winning 3 to 2 with heroic efforts from everyone.

Wehad a tough game last Sat in Kenmare. We went down 5:0 but played very well, especially in the first half putting a lot of energy in pressing Kenmare team on the ball. The second half saw Kenmare put us under pressure and we conceded 4 goals with our goalkeeper Muireann making some great saves along the way. We have 2 more games in the league so more points to be won this season.